Around the world, leaders are increasingly recognizing ecosystems as natural capital assets that supply life supporting services of tremendous value. The challenge is to turn this recognition into incentives that will guide wise investments in natural capital, on a large scale. Planners are just beginning to understand how to integrate ecosystem services into urban plans. The SITES rating system provides a useful tool to integrate ecosystem services into landscape governance and to demonstrate that ecosystem services is a useful theory for practice. As a result, SITES offers an opportunity and a means for governments from the local to the national to lead and to act.

In large part because of the dogged leadership of Ken Filarski, the State of Rhode Island is leading the way on adopting SITES as a landscape policy tool. We checked in with Ken on how this happened and how it’s going.

Q: Ken, tell us the story behind RI’s initial adoption of SITES into its state policy.

A: As is often said these days, it is complicated. Legislation is witnessing sausage being made.  However this is Michelin star quality sausage.

Back in 2016 during a meeting of the Rhode Island Green Infrastructure Coalition leadership team, the subject arose of introducing state legislation to promote green infrastructure. Professionally, and as Chair of USGBC Rhode Island, I was already looking to expand The Green Buildings Act (Rhode Island General Laws Chapter 37-24) of 2009 to go beyond LEED, which was historic as Rhode Island became the first state in the nation to adopt LEED into public law. I pointed out to the coalition that we have The Green Buildings Act (GBA) on the books and we should build on that. The standard of LEED was there for “public buildings”, and but the standards for “public structures” and for ”public real property” were not identified at the time of the original GBA. With LEED joined by LEED for Neighborhood Development and SITES - The Sustainable SITES Initiative, Rhode Island would have a continuum of high performance green building standards for sustainability in our buildings, infrastructure, lands and waters.

I then drafted language for an amendment to the GBA to include LEED for Neighborhood Development and SITES, but it was tabled in the 2016 Session of the RI General Assembly.  Undeterred, the legislation was re-introduced it in 2017 after a significant meeting was held with the Directors of the RI Departments of Administration and Environmental Management, their respective top level staff members, key staff of USGBC and myself.  The State of RI agreed to proceed with the amendments to the GBA with significant support from USGBC and USGBC RI.

At the last minute, and in the middle of a critical Senate Committee hearing and during my testimony on the bill, the Director of the RI Department of Administration (RIO DOA) hand-delivered a letter to the Chair of the Senate Committee opposing the bill as the RI DOA claimed they did not have the capacity or resources to implement the legislation. It was pointed out to the RI Senate and RI House that USGBC RI and the USGBC had already committed to providing the supportive capacity and resources to the State of Rhode Island, and that the concerns of RI DOA regarding their capacity were addressed and alleviated.

A compromise was developed in the form of a legislative "Sub A" (an amendment) wherein LEED-ND and SITES would become law for four pilot projects through December 31, 2020 with a reporting to the General Assembly on those pilot projects. The bill in the Sub A form with the four pilot projects was passed in a highly unusual, topsy-turvy, and politically charged session that had a several month break before reconvening.  The amendments were signed into law by then Governor Gina Raimondo, now the United States Secretary of Commerce. The links to the signing of the bill and the subsequent article in the 2018 Winter Edition of USGBC+ are here:

Q:  The Rhode Island legislature is currently looking at further embedding SITES into statewide policy.  What’s the status of that and how is it going?

A: The amendments, through companion legislation, have been introduced into both the Rhode Island House of Representatives (H-5919) by Rep. Terri Cortvriend and the Rhode Island Senate (S-0760) by Sen. Louis DiPalma who introduced the original GBA in 2009 and the 2017 amendments to the GBA.   The 2021 amendment will fully extend and incorporate LEED for Neighborhood Development and SITES into The Green Buildings Act.

The GBA has always been presented as a holistic approach and a guiding framework for resiliency and sustainability, and importantly being environmentally and economically effective. The current 2021 amendment is simple and straightforward. In its full form with LEED, LEED-ND, and SITES, the GBA is a highly viable strategic instrument and transformative tool to achieve the reduction goals of the Act On Climate, recently signed into law, wherein Rhode Island is to achieve the stated goal of greenhouse gas emission reductions to net zero by 2050.

Q:  Who have some of your allies been?

A: Support has always been strong in the state for the current 2021 amendment, and the 2017 amendments to The Green Buildings Act. The support has come from, and continues to be from:

Q:  And what have some of the obstacles been?

A: This year is very strange regarding how all citizens are able (or not) to interact and affect the legislative process. COVID-19 has forced the RI House of Representatives and the RI Senate to meet in two different venues outside the State House that are not open to the public, although they are televised. Committee hearings are done over video conferencing, but those who are testifying are not seen on camera.  The normal direct dynamics, subtleties, and nuances of political interaction is missing.  As a result, legislators are inundated with emails, phone calls, and text messaging all taking additional hours and exacerbating the lack of effective and efficient communication.

We believe that the historic standing of this GBA legislation, the relationships we have developed, and the strategic importance of the GBA as a complementary and effective tool to achieving the goals of the landmark Act On Climate legislation will overcome the obstacles that the COVID-19 pandemic has posed to the legislative process.

Q:  Landscape architects and others have been contemplating a similar approach. What advice would you give to them?

Ken will share updates as this effort develops in Rhode Island. Stay tuned for future articles! 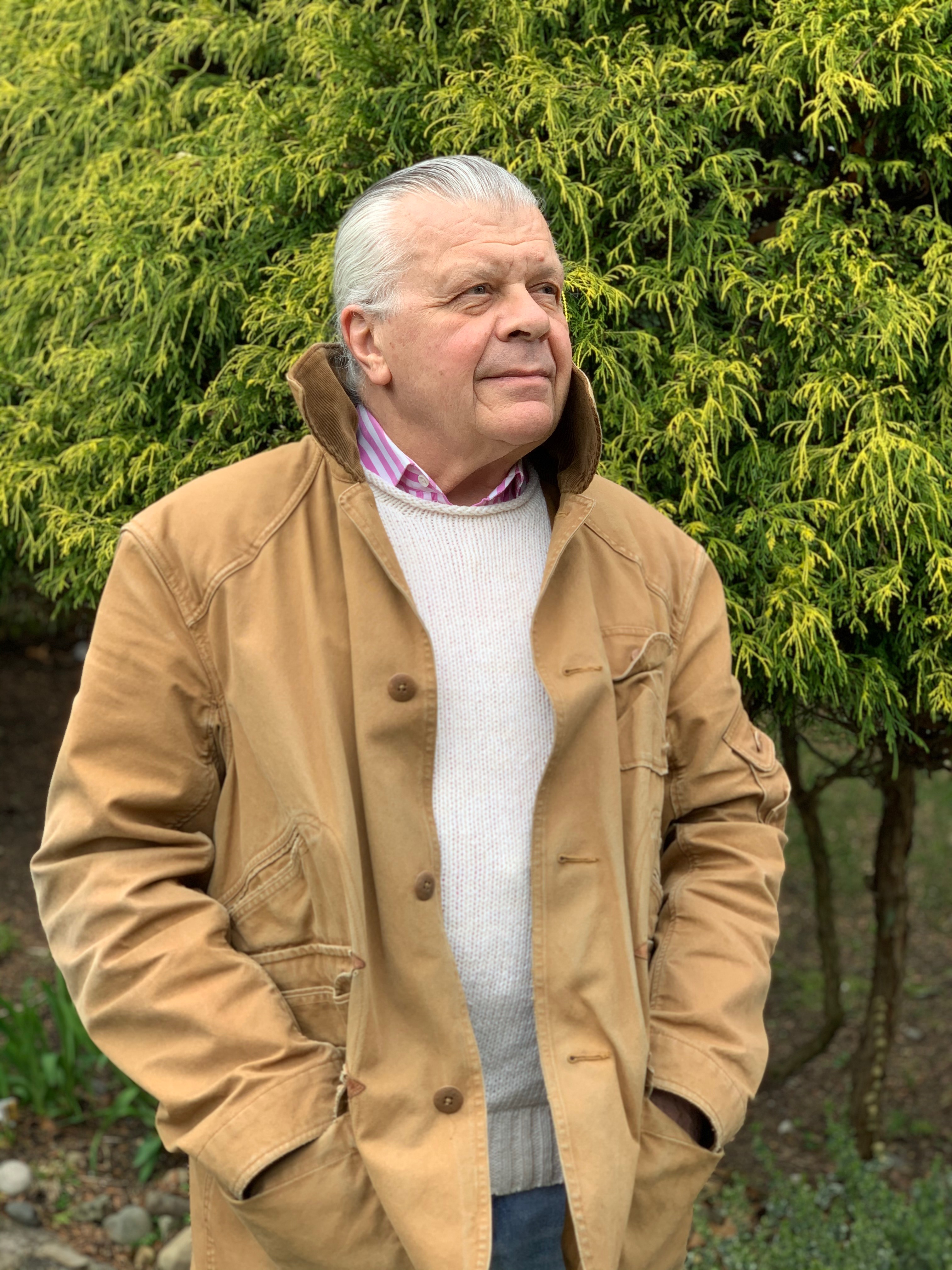 Ken is the principal and founder of FILARSKI/ARCHITECTURE+PLANNING+RESEARCH, an integrated architecture and planning, ecology design studio and research workshop, recognized with national, regional, and state awards in multiple disciplines. Holistic and multi-disciplinary, Ken is a Fellow of the American Institute of Architects and a LEED Fellow of the U.S. Green Building Council, one of the few professionals in the world honored with these dual Fellowships. He is very proud to be one of the first SITES APs in the world. He is a LEED AP BD+C, nationally certified as an architect, planner, flood plain manager, disaster responder and trainer of disaster responders. Founder and Chair of the USGBC RI, he co-authored the historic Rhode Island Green Buildings Act (GBA) with RI being the first state incorporating LEED into public law. He then authored the amendments to the GBA, which were again historic as Rhode Island became the first state to incorporate LEED-ND and SITES into public law. He is Co-Chair of the AIA Disaster Assistance Committee responding to natural disasters and COVID-19, co-authoring the AIA "Re-occupancy Assessment Tool" which was speedily adopted by USGBC as the basis for one of the first USGBC LEED Safety First Pilot Credits.